A hundred people demonstrate in #Barcelona asking for democracy in #Syria 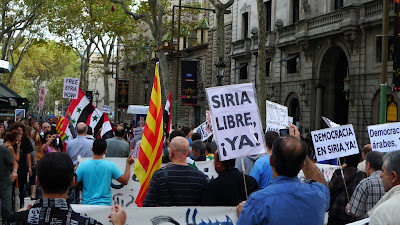 About 100 syrians -in this case, citizens of Barcelona of syrian origine- demonstrated on September 24th in Rambles -the main touristic avenue of the city- shouting slogans against Syrian president Bashar al-Assad and for freedom and democracy in their country.

Waving Catalan and Syrian flags and also a diversity of pro-democracy in Syria slogans, demonstrators marched peacefully through the old town. 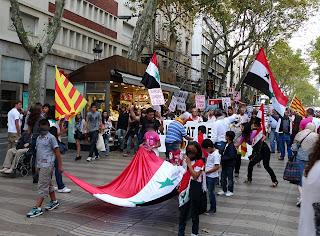 According to government figures there are 525 syrians living legally in Catalonia, which represents only 0,04% of the total immigrants living in the country.