A new race in #Barcelona, born to commemorate 15 years of human towers in #Gràcia #els10blaus 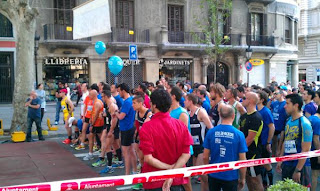 More than 500 runners have taken part in a new race in Gràcia – Barcelona. What is peculiar about this new competition is that it is organised by the local group of human towers, the Castellers de la Vila de Gràcia. They are celebrating their 15th anniversary and wish to introduce this new competition in the calendar of their village, Gràcia-Barcelona. I think that they will succeed: Barcelona is a race-loving city and Gràcia is one of the most socially active area of the town. 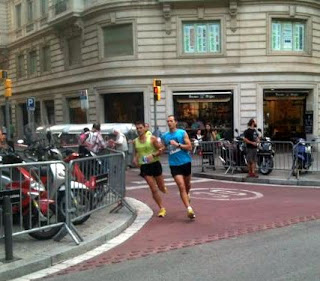 8000 police in #BCN, student strike and #ECB summit to decide that rates keep their level

An ad is available here