A young poet killed in #Barcelona, neighbors cry his death 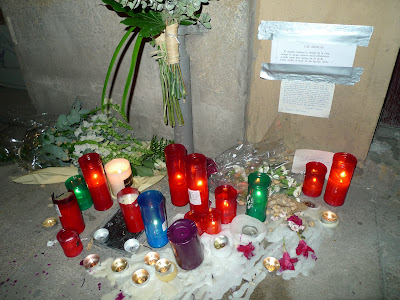 His name was Salvador Iborra, he was a Catalan poet from València and lived in the old town of Barcelona, in an area called Sant Just. It takes the name from a church which I have always been told is the oldest church of the city. 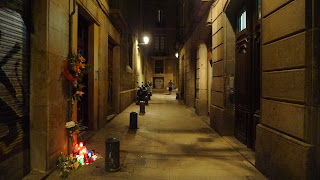 Due to an stupid incident with a bycicle (to young men had stollen his friend’s bycicle and killed him when he was trying to recover it) he is now dead. “He had big talent”, one of his master in poetry teacher has declared to a newspaper. 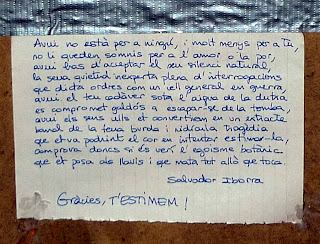 Despite his young age, three of his books had already been awarded. 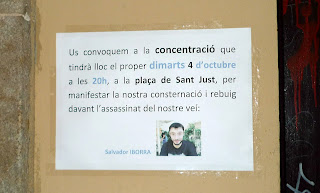 His neighbours will meet next Tuesday October 4th at plaça Sant Just to show their sadness. Two men who are thought to be the criminals are already in custody. If you can read Catalan or any latin language don’t miss his blog, “The unknown way”.

Music at a #gay #NGO in @BcnEixample

My notes on Chomsky talk at the British Library (London, march 19th 2013)