If you say “Turó Park” in Barcelona people will tell you that it is once of the nicest parks in the city, placed in a high status residential area. In the 30’s it used to be a neighborhood made of confortable houses and nice gardens. The property of a familly called Bertrand became an amusement park, first, and a park, afterwards. My grandmother (Barcelona, 1915) still remembers playing there in the 20’s. The park is now celebrating its 100 years and last saturday there was an spinning activity, by olympic runner Carles Castillejo, as you may see in the video and pictures. Yes, Barcelona is different! 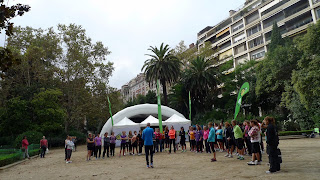 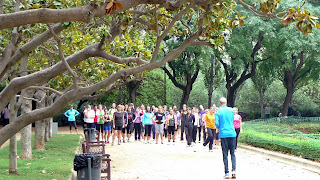