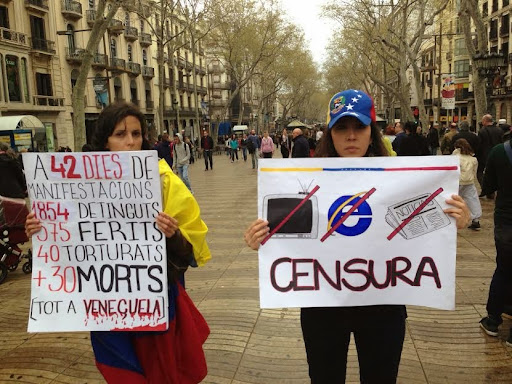 Venezuelans march against Maduro in Barcelona

A couple hundred venezuelans marched on Saturday March 22nd downtown Barcelona to protest against what they consider the “repression of Nicolás Maduro regime”. I took the pictures while they were standing in front of Canaletas fountain, where supporters of FCBarcelona usually celebrate their team victories. Venezuelans protestes against censorship, detentions, tortures and deaths of anti-Maduro citizens in their country. 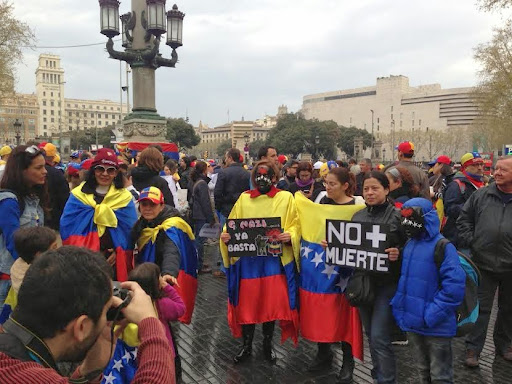 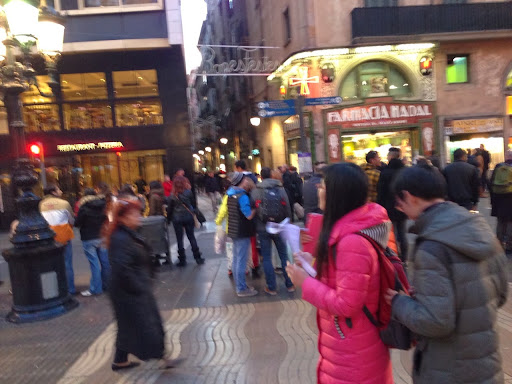 2014 New Year’s eve in Barcelona: Where to Go? Openair party in Montjuïc

Looking for the best free place to spend New Year’s Eve in Barcelona? For the first time there will be an open public free celebration. It will be hold in Montjuïc, at Avinguda Maria Cristina. Be there around 11 PM of December 31st 2013, with 12 grains of grape.  The Millenium Men (Fura dels Baus group)  will be there to assure an interesting bye bye to year 2013 and to say hello to 2014. Hope you enjoy it! This openair party will end at around 00.30 h of January 1st, you may then choose any other private celebration in the city. But don’t miss that open air public one. 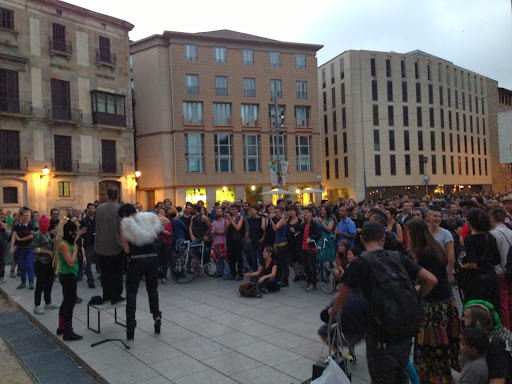 A march in Barcelona in solidarity with transgenders

Around 300 people have demonstrated in Barcelona to celerate “October, the transgender month“, to show either their reivindications againt conservative changes in laws and their solidarity with transgenders. During the march a big irony was expressed against the church, which is the moment shown at the picture. You may find more images here. Brazilians also take to the streets of Barcelona: “Excuse us, we are changing our country” 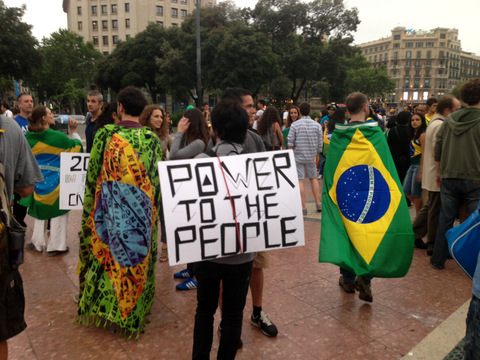 A few hundred brazilians that live in Barcelona have demonstrated downtown this afternoon in solidarity with the demonstrations that are taking place in their country. If you ask me to choose one of the slogans that they were carrying I would select the one that you will see under this lines, which translated from Catalan says: “Excuse us, we are changing our country”. 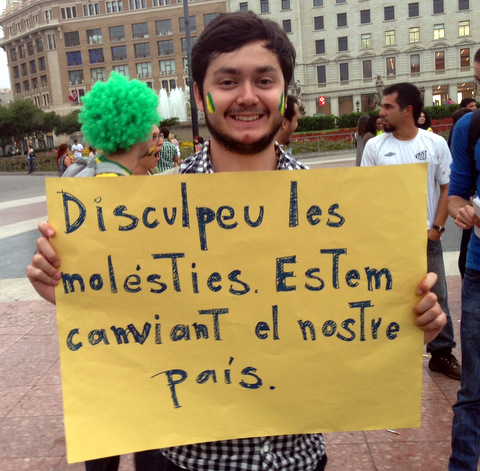 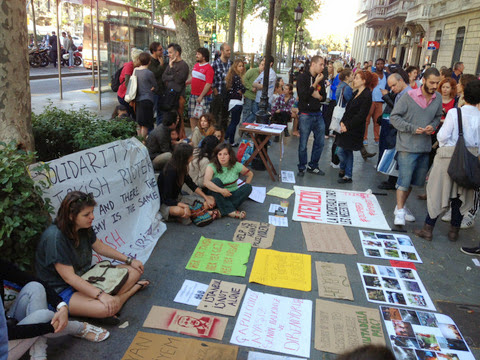 On Tuesday afternoon Turkish citizens that are living in Barcelona demonstrated for the third night in front of their consulate in the Catalan capital. They were showing several messages like “Solidarity with Turkish rioters”. 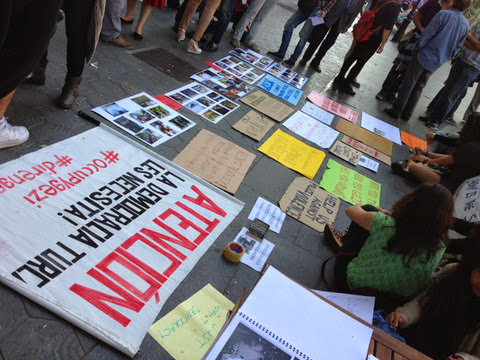 During his talk with Jonathan Freedland at the British Libary, on march 19 2013, professor Noam Chomsky was asked by an attendent about Aaron Swartz death. That is what he answered:

The number of dissenders that are pushed asside is almost universal, either they are in jail. if it is Latin America they get their heads blown off. In the United States they are marginalised in various ways. The United States is a free country, there is more protection for freedom of speach. But essentially you can’t get jobs and you are marginalised. All sort of things, not much punishment, franchly.

Aaron Swartz is a different case and a very interesting one, I don’t know if it was reported here: he was a very bright young kid, hacker, very instinct worker on computers. He was part of the hacker community which is in favour of opening up all sources. And the way he went on about it is he broke into the MIT computer system, and what they called “liberated” jstore (a system that takes articles and proffesional journals and libraries or individuals can subscribe to it, and then you can get Internet access to these contents.

Aaron was a very nice kid, he commited suicide. What happened is that he broke into the MIT system, he freed up jstore, jstore pressed MIT to do something, they didn’t know who he was and they called the police, they identified him. Then the Federal prosecuter got involved, and the State prosecutor and proposed a ridiculous sentence, she said he had to go to jail for 40 years, and he commited suicide. Actually there was an offer, that he should agree for a jail sentence for a cupple of months but they finally didn’t want that and he committed suicide. It is a terrible  event, everyone involved should have pressed the prosecutors not to do anythin.

A lot of young kids think you can do that, they are not thinking it through. There are ways arounfd this, but they involve collective action, of the kind that does not match with the spirit of the age. What ought to have happened is that there ought to be a public subsidy for creative work, and there there would be no copyrights, no patents, a huge savings and everything would be opened. But that requires to do something together and we are not allowed to do that, we have to be out for ourselves… .  .