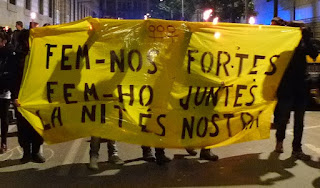 On the eve of march 8th, Women’s International Day, a thousand demostrators, mostly women, have marched with torches in Barcelona. They have started the demonstration in front of the main University and have gone throught the Raval area in Barcelona singing “no more agressions” and “Up with feminism”. The march was followed in the distance by several police cars. Tomorrow more women demonstrations are expected downtown. 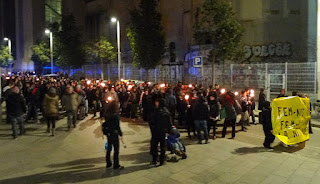 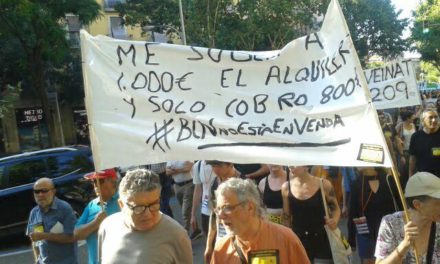 The #indignados , back to the streets of #Barcelona, in protest of cuts in health and education #18S