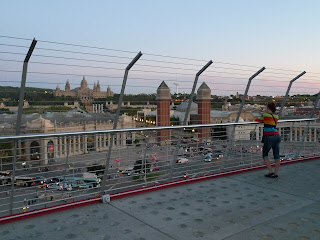 Las Arenas was a bullfighting plaza (that ‘sport’ was practiced there until 1977) and since 2011 it is a shopping mall, very well placed viewing the Montjuïc mountain, at plaça Espanya. A new refuge for touristes, which previously had no commercial refuge there. When they opened the center they also inaugurated a very nice walking-dome, opened to customers and citizens in general who can walk around, have a view to the city and eat in one of its nice restaurants. The fence was initially very low (I am sure it would not have been legal in other countries) but as you can see in these images this summer the shopping mall has made the fences tallers and less risky if not not risky at all. 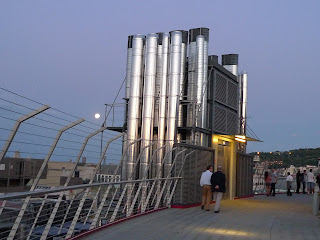 A march against “avoidable blindness”, in #Barcelona