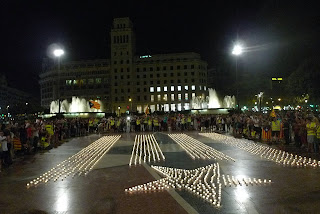 Every september 11th Catalans commemorate the day in which they lost their freedom, in 1714, but this year the event is going to be bigger than ever. Hundreds of thousands of Catalans are expected to march in Barcelona next Tuesday, in what will surely be the biggest pro-Catalan-independence march and event in history, under the slogan of: “Catalonia, a new State in Europe”. Never before did so many people ask for independence in Catalonia. 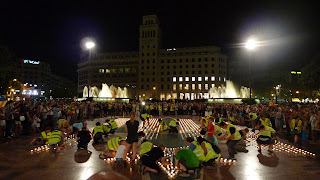 In order to help creating a good atmosphere for the event, organisers have lighted today about a thousand candles placed so as to make people think of the Catalan independentist flag: four lines and a star. But still, organisers and polititians cross their fingers two days before the event hoping that the march will be successful and with no incidents at all. Susan Wojcicki, senior vicepresident at Google: “We have cancelled Google Reader because it was not growing and it has substitutes”