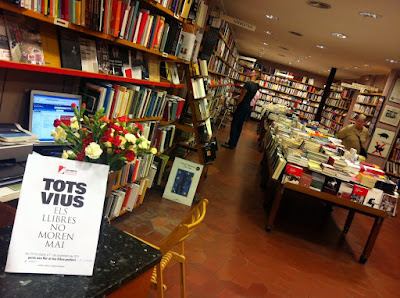 Documenta is a bookstore in the center of Barcelona (near plaça del Pi) that in the last 2 years has been organizing several events to prommote books. It’s owner is Josep Cots, a very special and active bookseller that some years ago decided to have the store open also on Sundays, which is something quite unusual in the area. As you know, every city has its special bookstores and Documenta is one of the few of them in Barcelona, with a very special selection of books and magazines. 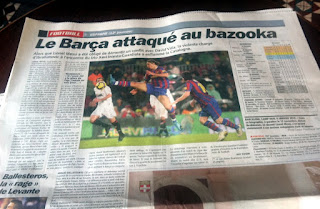 This time he is asking his clients and readers in general to bring flowers to their favorite book. It must be said that he is doing so because of the Catalan (and Spanish) tradition of bringing flowers to the cemeteries during the Halloween dates, especially on november 1st. The inititive is becoming quite popular in the city.
Do you want to hear how he explains it? Mr Cots explains it in this video (in Catalan).

We also had #hippies in #Barcelona , like Damià Escuder who died in August ( #Underground )