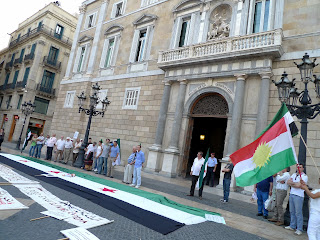 About 100 syrians have marched on Saturday June 2nd 2012 downtown Barcelona to protest against the killings in Houla and against the regime of Al Hasad.

A kid has read several sentences in Catalan to remember those who died in the killings and to ask all the nations to figth against the Syrian regime. 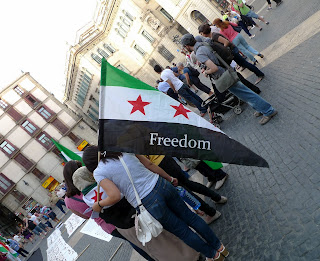 A Quaker pilgrim in #Barcelona, on his way to Egypt