Thousands of citizens demontrate in #Barcelona, following the call of the #indignados and #occupy movements #15O5O 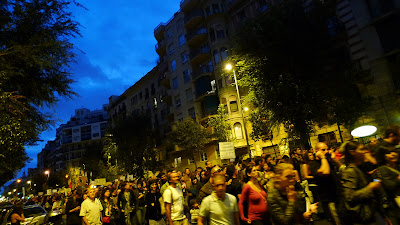 It was not a surprise, it was called to be a big demonstration: thousands of people marched on Saturday afternoon in Barcelona following a world call of the indiganados and the “occupy” movement. It was a peaceful demonstration in which many citizens showed their anger against banks, finantial institutions and polititians. What started in the arab world (the Arab Spring) was followed by the Indignados movement in Madrid that has now expanded to all around the world, as a result of the crisis and of course of the Social Media resources. You may see more pictures and videos at www.guillemcarbonell.cat .

A Quaker pilgrim in #Barcelona, on his way to Egypt 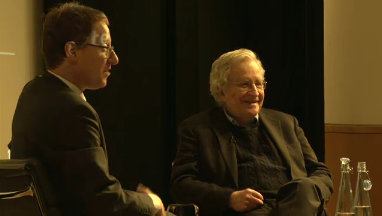 My notes on Chomsky talk at the British Library (London, march 19th 2013)