Thousands take the streets of #Barcelona to celebrate #15M anniversary 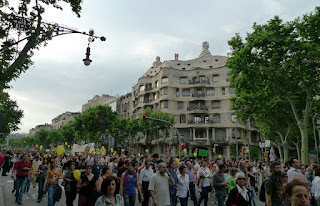 Thousands of people took the streets on May 12th in Barcelona both to commemorate the anniversary of May 15th 2011 and to restart its protests against corruption and governments helping banks with public money. The march was peaceful and formed by people of all conditions. 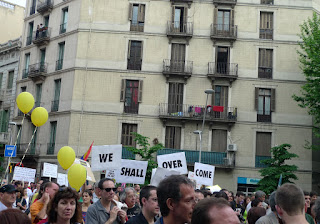 Some of the citizens showed slogans in English like this classic one: “We shall overcome”. People will continue meeting in assemblies in plaça Catalunya until tuesday. More pictures at guillemcarbonell.cat

A black boy laying on the flloor in #Barcelona?

Fans of @VW ‘s Beetle welcome the 2012 model in #Barcelona