We also had #hippies in #Barcelona , like Damià Escuder who died in August ( #Underground ) 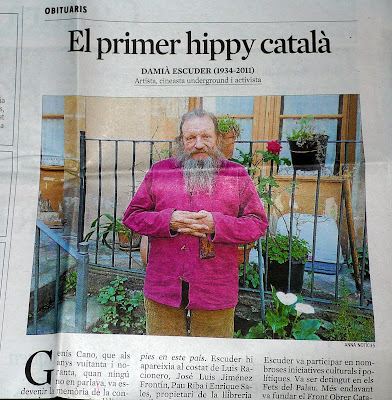 In the 60’s, we also had hippies in Barcelona. Not as many as in Berkeley or San Francisco, but yes we had some of them. Mr. Damià Escuder is considered to be the first “Catalan hippy”. Born in 1934 -just before the beginning of the Civil War in Spain- and who died in August 17th. In 1971 he took part in a common house in the upper side of the city (“comuna del Putxet”) together with the writer Luis Racionero and some of his friends. I had not heard of him until I read his obituary in a local newspaper, La Vanguardia: “Damià Escuder was an artist, filmmaker and political activist”.

A weekend full of celebrations in La #Rambla / @ramblejant #barcelona