The New York Times about Franco’s statue in Barcelona

Barcelona City Council and its mayor Ada Colau organised an exhibition called “Franco, Victory, Republic, Impunity and Urban Space” and place a Francisco Franco statue at its door, at the Born former market in Barcelona, now a place to remember those who died to defend the city in 1714. The statue had to be taken away after receiving several agressions by people who where offended by the fact that an statue of dictator Franco was shown in public again. An article written by Raphael Minder for The New York Times explains it very well and also offers a perspective of the complex political situation in Catalonia, with a serious Catalan proindependence process being developped. You can read the article at Franco Took Decades to Leave the World Stage. His staute? Only Days.

Taizé meeting ends in València. Frère Alois announces that next one will be held in Riga

I have been following by twitter some of the comments of people attending the Taizé 2015-2016 meeting in València, you may read all comments here. It sounds that it has been great as usual. As a teenager I used to attend them and Taizé is my last Christian spiritual point of reference. Would it not exist I think that I should start looking for other spiritual sources outside christianity! But it exists and i use its songs and I sometimes search for the silence that brothers of taize taught me years ago. If you are still within the age to attend these meetings (that is, any age if you have holidays in Chrsitmas and you are free to use it) take note that next one will be held in… Riga, Latvia. Otherwise, you can always listen the podcast of the Saturday night meetings in Taizé every week at Dom Radio, search for: “Lichterfeier aus Taizé“!

There are several places to buy “churros” in Barcelona but one of the best and most central ones is “Xurreria Banys Nous”, at carrer Banys Nous 8, in the Gothic area and close to Església del Pi. In the last years it has become popular within tourist due to its appearence in programs at TV’s from Korea, Israel and Holland. Click here to know where Xurreria Banys Nous is.

The Rambles and all downtown Barcelona is receiving visitors again for New Years Eve. Be welcomed to our city, this is my selction of places where you can celebrate it:

1) The official celebration. Barcelona was lacking it but the City Council created this New Year’s Eve party two years ago in Avinguda Maria Cristina, in plaça Espanya-Montjuïc, and is one of the best ways to celebrate it in a public place in the city, eating the traditional 12 grapes that you will have to previously buy and carry with you. Click here for more information on 2016 New Years celebration in Barcelona

2) At Razzmatazz, one of the most modern and classical night clubs in Barceona: New Year’s Eve at Razzmatazz

4) For a gay celebration, New Year’s Eve at any of the Grupo Arena’s clubs.

5) And last but not least, the most expensive one of the 5 options: New Year’s Eve close to the beach, at Hotel W

Hope you enjoy it and, happy new year!

Star Wars’ Darth Vader and C3PO, nativity figures with his trousers down and pooing on the ground in Barcelona

The ‘caganer’ is a figure often placed in Barcelona at the back or in the corner of catalan nativity scenes, perhaps behind a bush. Many ‘caganers’ wear the red ‘barretina’ (traditional Catalan hat). ‘Caganers’ are also often modelled on famous people (politicians, football players etc). And guess some of the famous people that have been converted this year (2015) in ‘caganers’? Star Wars’ Darth Vader and C3PO. I have found them at Santa Llúcias Christmas Fair in front of the Cathedral, in Barcelona, just some days before the first release of the film worlwide. 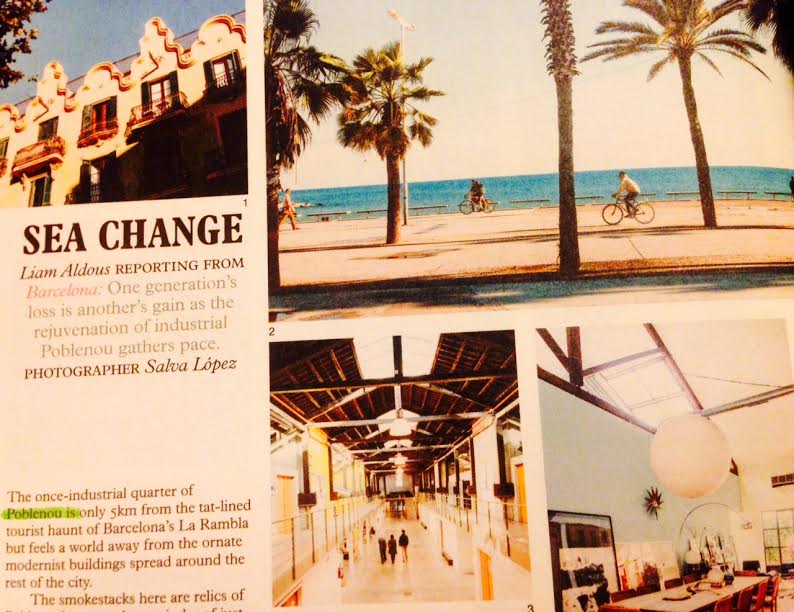